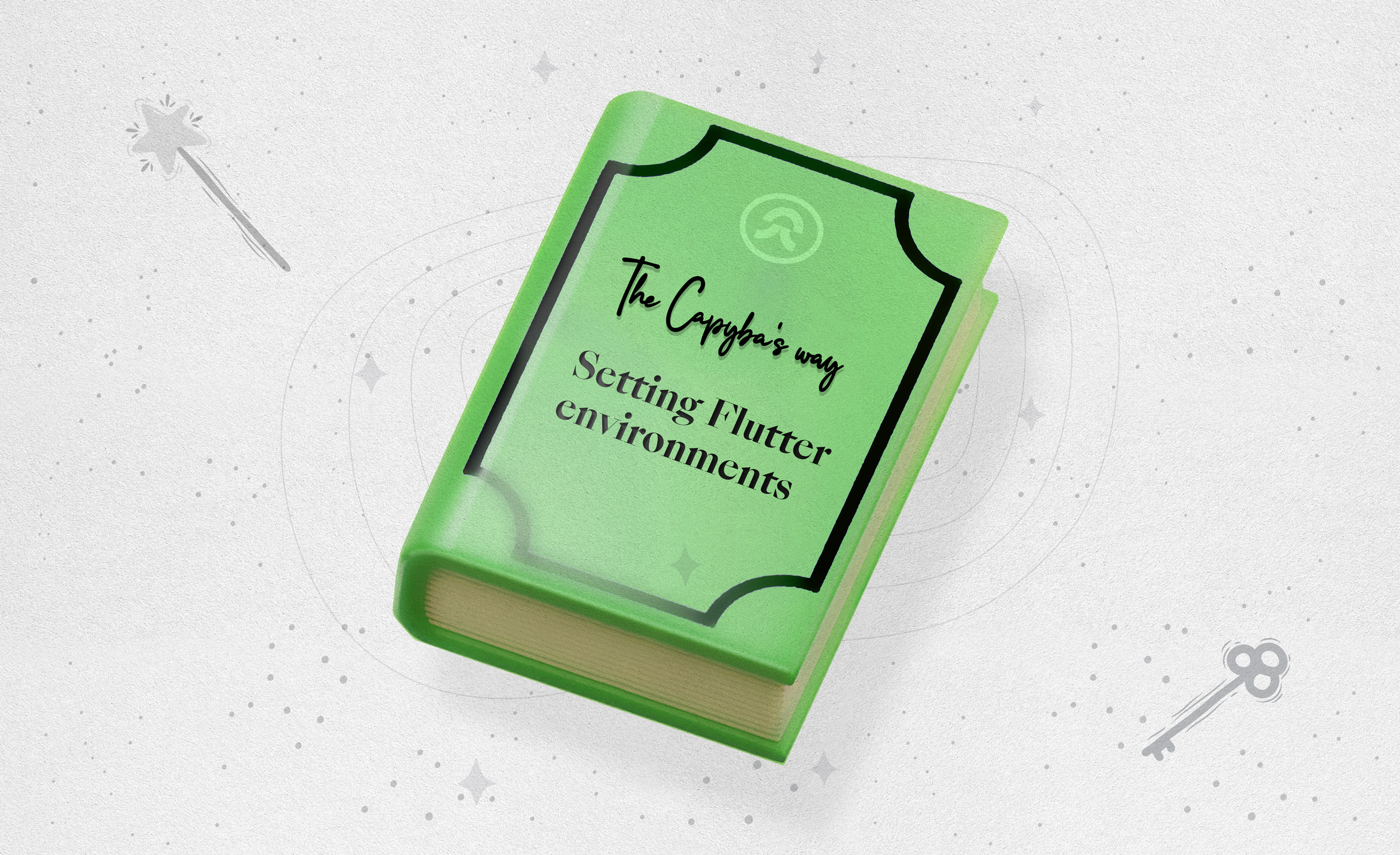 Once developing pet projects or POCs, one might want to quickly see things working and actually cut some corners when it comes to real life project structure. One particular thing that always comes to mind while starting a new real life project is environment differentiation. Environment differentiation is paramount, in terms of real life development. On one hand, no one wants to develop a new system connected to the production environment and possibly mess the database up; on the other hand, having different environments (i.e. dev, staging, production) might speed integration of new features between backend and client systems, or even it might produce the desired flexibility over the workflow and deployment cycles (i.e. developing new feature locally in dev environment, then deploy it to a staging or qa environment for further testing the integration and that everything works well before actually delivering it to production).

In specific, Flutter has a way of mapping android flavors and ios schemes to produce the desired build variants covering the different environments, and that is at most ok. Here in Capyba, we've always felt like something was missing, and over and over we've been repeating some manual tasks in order to properly achieve the desired distinction of environments when developing real life Flutter projects. As we use Flutter for Android and Ios development, the aim of this article is to summarize and standardize these manual tasks done explicitly on Android and Ios, so it can serve as future reference for our company, and hopefully for other companies and solo developers that might as well, face the same challenges when developing Flutter projects.

To avoid misleading running apps that do not properly point out the current environment or do not properly connect to its corresponding specific services, we've come up with a list of requirements that must be met by all our Flutter/mobile projects.

Requirements from 1 to 3, are the easy ones, although configuration for Android and Ios have different approaches, as we are going to see shortly, these requirements can be met in a straightforward way. On the other hand, requirements 4 and 5, needed some additional steps that we are going to describe too.

For the sake of concreteness we will from now on consider three environments: dev, staging and production, and proceed step-by-step in the configuration first on Android, and then on iOS and Flutter.

It is important to make a disclaimer here: specially on Android, it is possible to do things in different ways, and the aim here, rather than showing a unique form or the best form, is to present ONE form of accomplish the desired requirements. Now, let's move on to the setup.

Now, I've completed requirement 2 for android, and we might continue just skipping for now, Flutter configuration, as we are going to let this part to the end.

And for now, we have three different apps, with custom launcher icons and names that could be installed at the same time on the same Android device, one for each environment:

Now, let's replicate the same results on IOs, (unfortunately, this can be accomplished only using a macOS machine). Let's start opening the ios/ subfolder of the project using xcode.

And now I've accomplished the same two requirements for Ios, and we have now, three different installable apps with, different Display names, and app icons:

To accomplish what we want in terms of in app differentiation, we are going to use –dart-define to pass values on compile time to code and then use them. In order to automate the process we've decided to write a Makefile, and add some shell scripting to the process, this way, we've come up with a setup where we have .env.dev (.env.staging, or .env.ENVNAME in general), and our custom command make run-debug env=dev (env=ENVNAME in general), reads this file getting the correct environment related variables and builds up the final command that is actually passed to the terminal to run Flutter with the correct flavor (mapped to android flavors and ios schemes). As an example, our Makefile looks like:

where we use FVM to control Flutter version among all developers' machines over time, and the …-envless version of commands are used when no environment is yet set.
For the sake of concreteness, we are going to set as environment variables, just the name of the environment and a mock base url, showing the power of the approach.
So, create the files .env.dev, .env.staging and .env.production, add them to .gitignore, and optionally a .env.example, that will be kept in source control. Add the values to each file:

And to receive the variables, let's create a Env class:

And with that, we've already accomplished requirements 1, 2, 3 and 5, and now we have in app differentiation too:

To finish our configuration, we are going to configure the Firebase for each environment, using different projects, as recommended by Firebase Documentation.

It was a long run, but after these steps we should have a fully configured project with the desired level of environment differentiation, namely, different apps for each environment showing different app launcher icons, different display names, with in app differentiation and connecting to specific services for each environment. As it stands now, the second semester of 2022, a lot of manual steps are still needed to get something like this working, but we at Capyba understand that it is a low price to pay in comparison with the safety and flexibility in producing different workflows that it brings!
This is our first attempt to document all this process, and suggestions and improvements are by all means welcome! A special thanks to my tech leader Ibiã Marques dos Santos for encouraging me to document this, as I believe this builds a lot of value specially for the internal processes at our company, but still might present a valuable source of research

for the community as well. Another special thanks to George Verissimo, our marketing and general purpose wizard, for always doing his magic in helping format and present content in the best possible way!